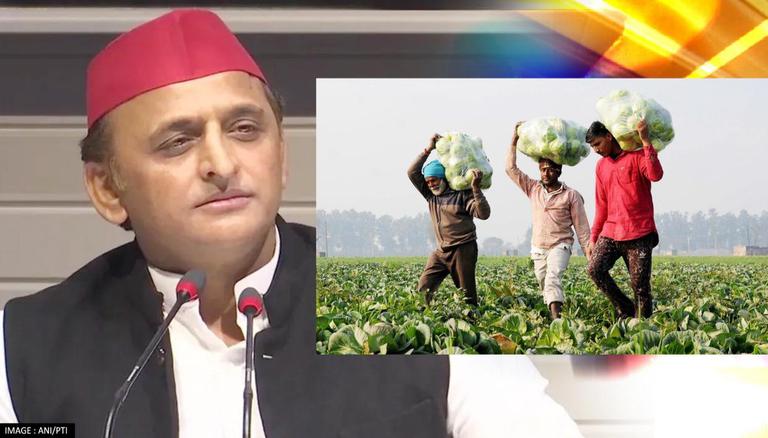 In another pledge made ahead of the Uttar Pradesh Assembly polls, the Samajwadi Party (SP) pledged to lend interest-free loans to farmers if elected to power. As announced by the Samajwadi Party in its message to the citizens, it affirmed to take a commitment of solidarity towards the support of the farmers and further committed itself to the progress and prosperity of the farmers. Apart from providing interest-free loans, the Samajwadi party also promised to repay all sugar cane growers within 15 days of forming their government and then guarantee a minimum support price for each crop.

It came just a day after the Samajwadi party held a press conference in Muzaffarnagar, Uttar Pradesh on Friday, where party chairman Akhilesh Yadav and Rashtriya leader Lok Dal ( RLD), Jayant Chaudhary, addressed the journalists. Calling himself the ‘Farmer’s Son’, Party leader Samajwadi said that they would fight to the end for the farmers and further defeat the Bharatiya Janata Party and drive them out of the state.

Akhilesh Yadav also praised the farmers for their fight against the central government’s three agricultural laws which he said were passed in an undemocratic manner without any consultation. Furthermore, reiterating his party’s pre-election promises to the people of Uttar Pradesh ahead of the assembly elections, he added that the Samajwadi party had pledged 300 units of electricity, a minimum support price for crops. , the payment of sugarcane dues if elected to office. “We will soon start distributing laptops again,” he added.

Earlier on Monday January 17, Samajwadi Party Chairman Akhilesh Yadav while making several promises to farmers in Uttar Pradesh said his party would provide MSP for each crop followed by irrigation facilities, the payment of arrears to sugarcane producers in 15 days, interest-free loans, insurance and pensions, among others.

The party which recently entered into an alliance with Rashtriya Lok Dal has pledged to defend the welfare of farmers in the state which is set to contest elections in seven phases between February 10 and March 7.