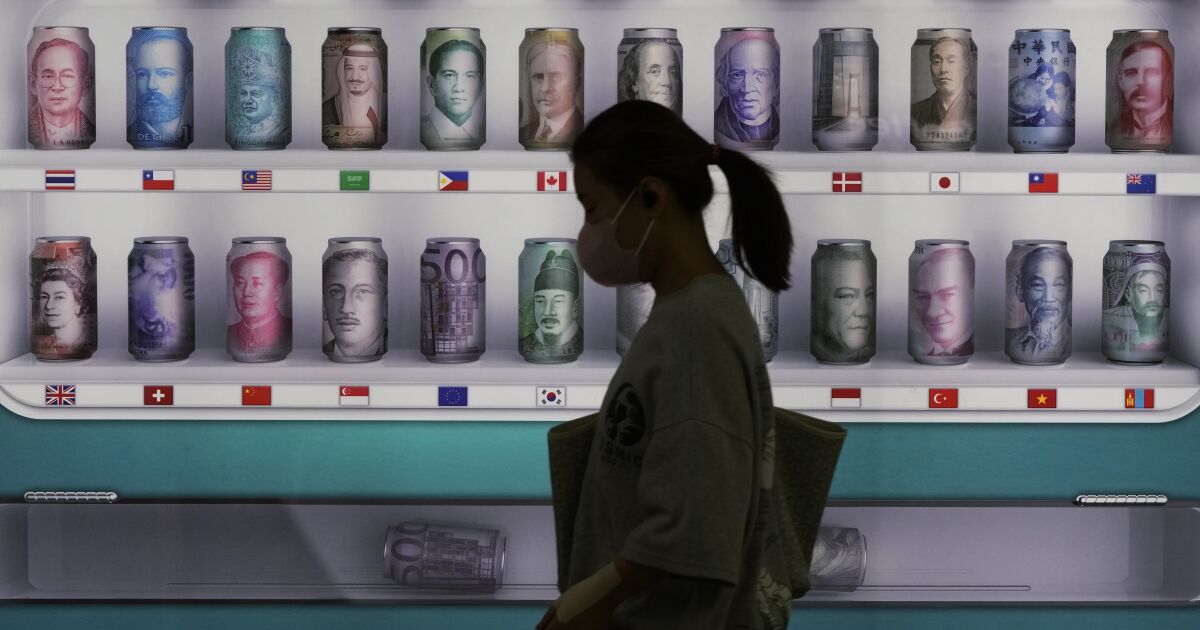 Stocks fell around the world on Friday on fresh signs that the global economy is weakening, just as central banks are ratcheting up the pressure even further with further interest rate hikes.

The Standard & Poor’s 500 fell 2.3% in the early afternoon, adding a dismal ceiling to what has already been a difficult week. It is almost back to its lowest point of the year, hit in mid-June, as Wall Street remains mired in its bear market. The Dow Jones Industrial Average is poised to end the day 20% below its record set earlier this year, joining other major indices that have already breached the threshold.

European stocks fell just as sharply or more after preliminary data suggested business activity suffered its worst monthly contraction since the start of 2021. A new plan announced in London to cut taxes added to the pressure , which pushed UK yields higher as it could eventually force its central bank to raise rates even more sharply.

The Federal Reserve and other central banks around the world aggressively raised interest rates this week in hopes of curbing high inflation, with further big increases promised for the future. But such measures are also dampening their economies, threatening recessions as growth slows around the world.

In addition to Friday’s discouraging data on European business activity, a separate report suggests that US activity is also continuing to contract, although not as badly as in previous months.

Crude oil prices have fallen to their lowest levels since the start of this year on fears that a weaker global economy will consume less fuel. Cryptocurrency prices have also fallen sharply as higher interest rates tend to hit investments that seem the most expensive or riskiest the hardest.

Even gold has fallen in the global rout, as bonds offering higher yields make interest-free investments less attractive. Meanwhile, the US dollar has appreciated strongly against other currencies. This can hurt the profits of American companies with extensive overseas operations, as well as put financial strain on much of the developing world.

The Federal Reserve on Wednesday raised its benchmark rate, which affects many consumer and business loans, to a range of 3% to 3.25%. It released a forecast saying it expects the benchmark rate to be 4.4% by the end of the year, one point higher than expected in June.

Treasury yields, which affect rates on mortgages and other types of loans, have hit multi-year highs as interest rates rise.

Due to the higher rates, Goldman Sachs strategists now see a “hard landing” that drags the economy sharply down as inevitable. The question now is only about the timing, depth and duration of a potential recession.

Higher interest rates are hurting all types of investments, but equities could hold steady as long as corporate earnings rise sharply. The problem is that many analysts are starting to lower their future earnings forecasts, in part because of the higher rates. To be sure, investors say the outlook for everything from inflation to interest rates to earnings looks even murkier than usual.