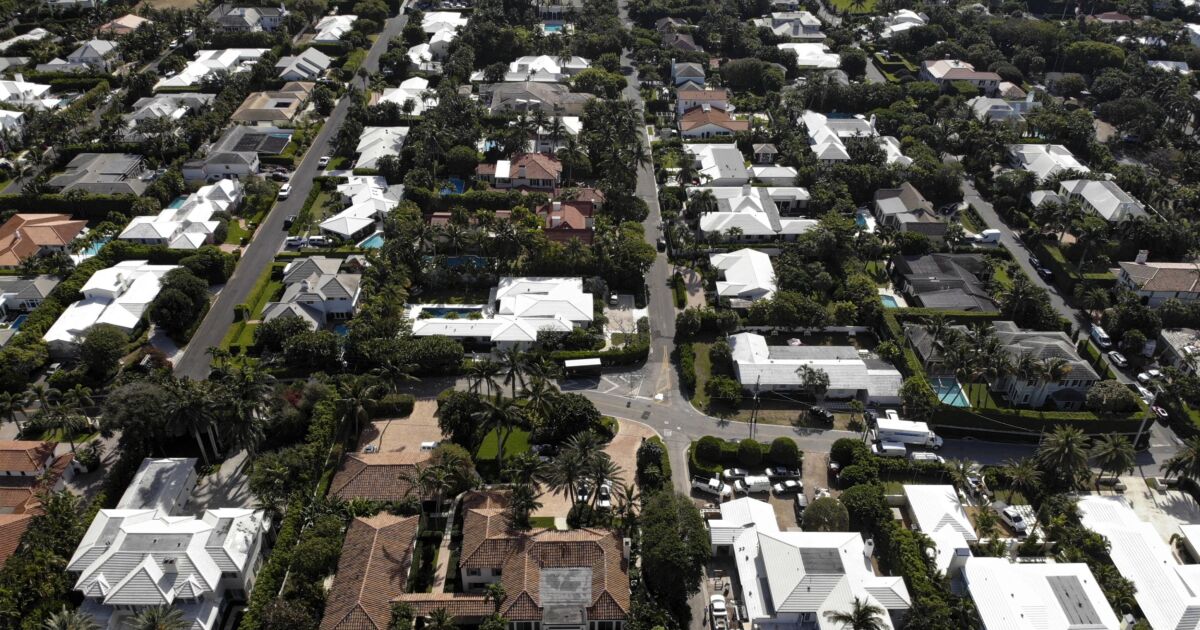 Interest rate hikes could leave buyers out in the cold

Millions of people could see their homeownership plans thwarted if interest rates continue their upward trajectory, according to research by the National Association of Home Builders.

The recent spike in interest rates adds to record price increases over the past two years and increased competition among buyers. For those looking to buy, a 25 basis point rate hike to current median new home price levels could result in more than a million fewer eligible borrowers, according to NAHB.

“Mortgage payments will rise due to rising mortgage interest rates, and therefore higher household income thresholds would be required to qualify for a mortgage,” wrote Na Zhao, senior economist at NAHB. But if rates rise above the 6% mark, the number of locked-out buyers decreases, due to fewer high-income borrowers in the population.

Using an estimated median new home price of $412,505 in 2022 as a benchmark, NAHB found that the effect of a 30-year interest rate increase from 3.5% to 3.75% would eliminate more of 1.1 million buyers. Based on an interest rate of 3.5%, a home purchased at the median would result in monthly mortgage payments of $1,822, the researchers found, and would require a minimum income of $99,204. Currently, 39.2 million households are eligible for a purchase of this amount. But once the rate jumped to 3.75%, monthly payments would rise to $1,877 with eligible income of $101,548, reducing the number of eligible households to 38.1 million.

NAHB estimated the median price based on a Case-Shiller Home Price Index forecast from preliminary 2021 data. This number is also not far off the cost of all single-family homes in sell nationwide. In the fourth quarter of last year, the US Census Bureau and the US Department of Housing and Urban Development determined that the median value of homes for sale had risen to $408,100, rising nearly 14% on a yearly basis. Median prices by region ranged from $370,200 in the South to $549,600 in the Northeast.

For potential buyers, the recent spike in rates represents another hurdle to home ownership goals. The NAHB had already warned last month of turbulence ahead for buyers and sellers in 2022, especially for new homes. “Building material costs are up 21% from a year ago,” NAHB chief economist Robert Dietz said in a news release.

“Rising mortgage rates combined with rising construction costs and a lack of construction workers will increase affordability headwinds in the coming year.”

According to Freddie Mac’s Weekly Mortgage Market Survey, the average 30-year interest rate in mid-February had climbed more than 80 basis points in less than two months, but has since retreated with the start of the Russian-Ukrainian war. Last week’s 30-year rate came in at 3.76%, still well above the 2.9% range it hovered over most of last summer.

Two weeks ago, the The Mortgage Bankers Association has predicted that interest rates will likely rise to 4.3% by the end of this year and 4.5% in 2023, with purchase volumes also expected to rise from last year among its members. According to NAHB estimates, a quarter percent jump in interest rates from 4.25% to 4.5% would require an income level of at least $108,782 and result in about 1.2 borrowers less eligible.

How to Choose the Best Loan Company for Bad Credit

Have interest rate hikes in New Zealand brought any changes?