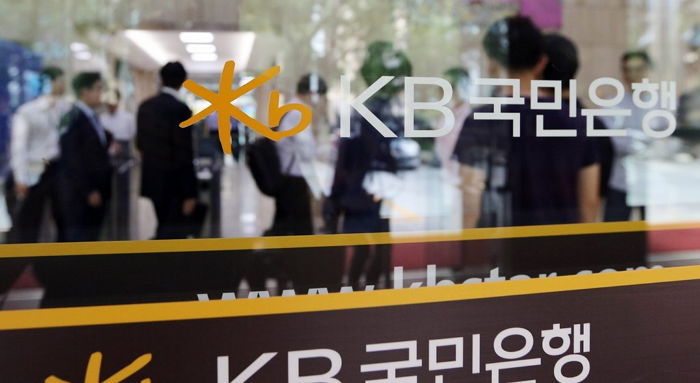 KB Kookmin Bank, one of the country’s five largest commercial banks, has decided to cap the amount of personal loans per household at 20 million won ($ 18,000), sources said on Tuesday, marking a drastic move as the Local lenders are tightening their grip on lending rules. .

KB Kookmin plans to maintain the new limit at least until the end of the year, industry sources said. The rule applies to any household that applies for a new personal loan or seeks to increase its loan balance from Tuesday to December 31. This follows its previous decision to cap the amount of extended offline personal loans at 100 million won until the end of the year.

The bank’s move is part of a series of lending regulatory measures announced by local lenders, after financial authorities warned them to better manage household credit earlier this year.

South Korean household debt growth has gained noticeable momentum this year due to the overheating housing market and the COVID-19 pandemic. The value of outstanding bank loans to local households rose 13.6 trillion won in one month in November alone, to 982.1 trillion won, according to recent data from the Bank of Korea. This is the largest monthly gain since the central bank started compiling such data in 2004.

As of mid-November, the Big Five banks began lowering the limits of their major overdraft account products designed for “high income individuals and professionals” from an average of 200 million won to around 100 million won. .

KB Kookmin’s industry counterpart Shinhan Bank has lowered its credit limit for these high-income individuals to 200 million won from the previous 300 million won, without saying when it plans to raise the limit again. Woori Bank has also temporarily suspended the extension of one of its most popular loan products for office workers.

Internet-only banks Kakao Bank and K bank have jumped on the bandwagon in recent days, further eliminating options for borrowers.

Bank K on Monday raised its annual percentage rate for two of its most popular lending products – one for office workers and another for overdrawn accounts – by 0.2 percentage point to 2.44% and 2.88%, respectively.

Regarding these lending regulations, experts fear that this may push households and borrowers towards riskier products offered by second and third-tier financial institutions such as savings banks and private lenders.

“There is a need to manage the short-term increase in household debt, which could lead to long-term economic stagnation and weak growth,” said Cho Young-mu, a researcher at the LG Economic Research Institute.

â€œBut the side effects of government interference in the risk management of financial institutions have been highlighted by the lack of extension of loans to areas where money needs to be channeled,â€ he added.