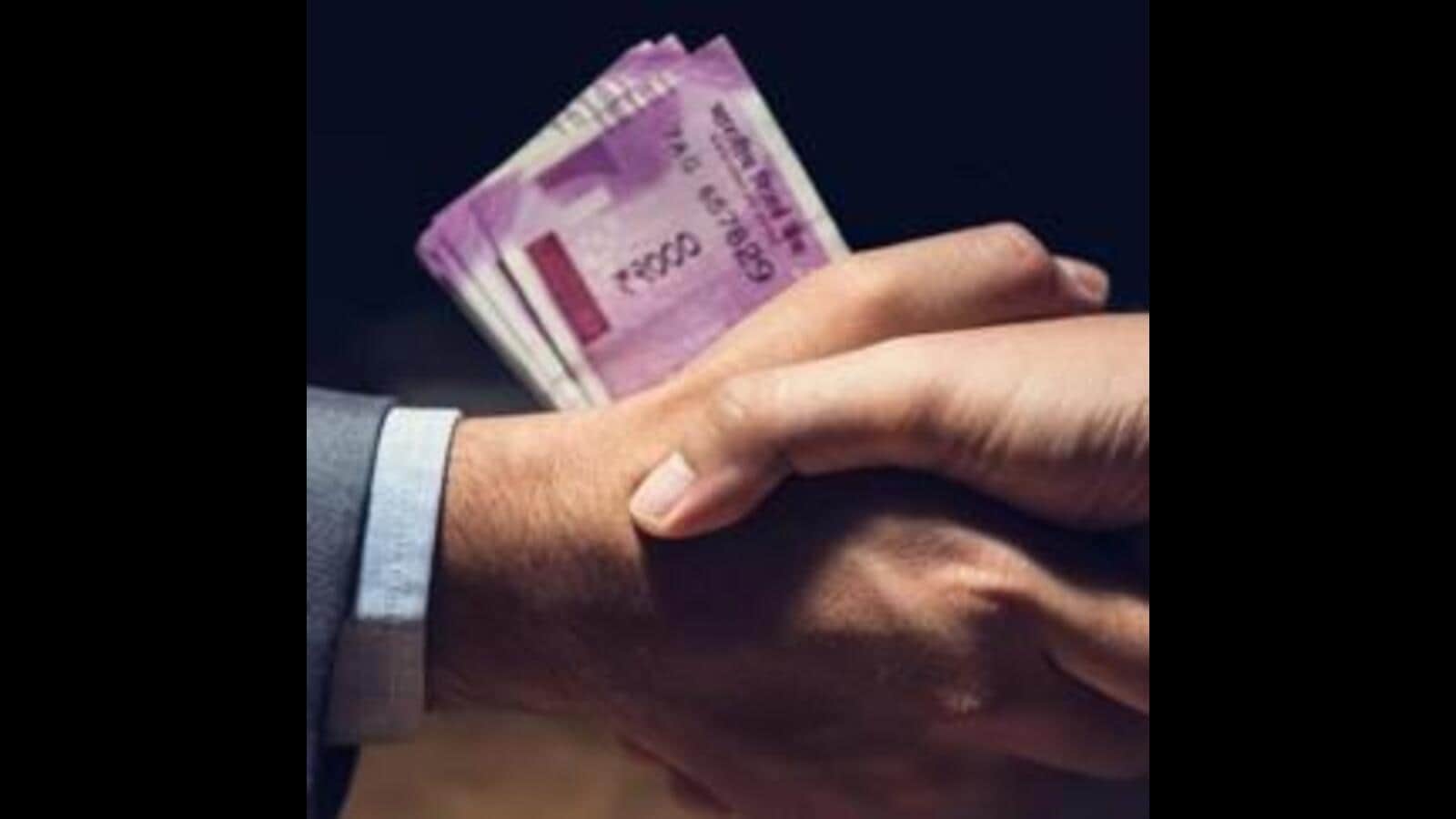 The Haryana State Vigilance Bureau registered two cases and arrested three people, including Khadi Gram Udyog board manager and computer operator, for taking ₹30,000 bribes. The office spokesperson said that in the first case, accused Khadi Gram Udyog Board in charge at Panipat, Anil Kumar, and computer operator Vijay Kumar were arrested for accepting ₹20,000 as a bribe instead of uploading the complainant’s scorecard to the Prime Minister’s Employment Generation Scheme (PMEGP) portal to issue ₹Loan of 25 lakh through the board for dairy companies. Defendant Anil Kumar also holds the additional charge of Jind and Sonepat districts. In this regard, a case was registered against them at the Karnal office police station.

Chandīgarh
In another case, Yusuf Khan, a resident of Palwal district, was caught while accepting a bribe ₹10,000 instead of registering land in Hathin tehsil. According to the complainant, Yusuf requested ₹1,000 for himself, ₹1,500 for the computer operator, ₹3,500 for the tehsildar and the remaining amount of ₹4,000 as government registration fee. A case under the Prevention of Corruption Act has been registered against the accused in Faridabad and further investigation is ongoing.

Karnal
A Haryana Shahari Vikas Pradhikaran (HSVP) Junior Engineer Panipat has been arrested by the State Vigilance Bureau for allegedly accepting a bribe from ₹50,000 from a contractor for paying his pending bills. The vigilance official said the accused, identified as Sunil Mehla, was assigned to Panipat. Sachin Kumar, Inspector, Vigilance, said the Complainant, Rajesh Kumar from Chulkana Village, approached the office alleging that the JE demanded a bribe to settle the bill for the work he had done. He said that after receiving the complaint, a team led by Inspector Sumit Kumar was formed and the accused was caught red-handed as he ₹50,000 as a bribe. The accused was arrested under the Prevention of Corruption Act at Karnal police station and will be presented in court, it added.