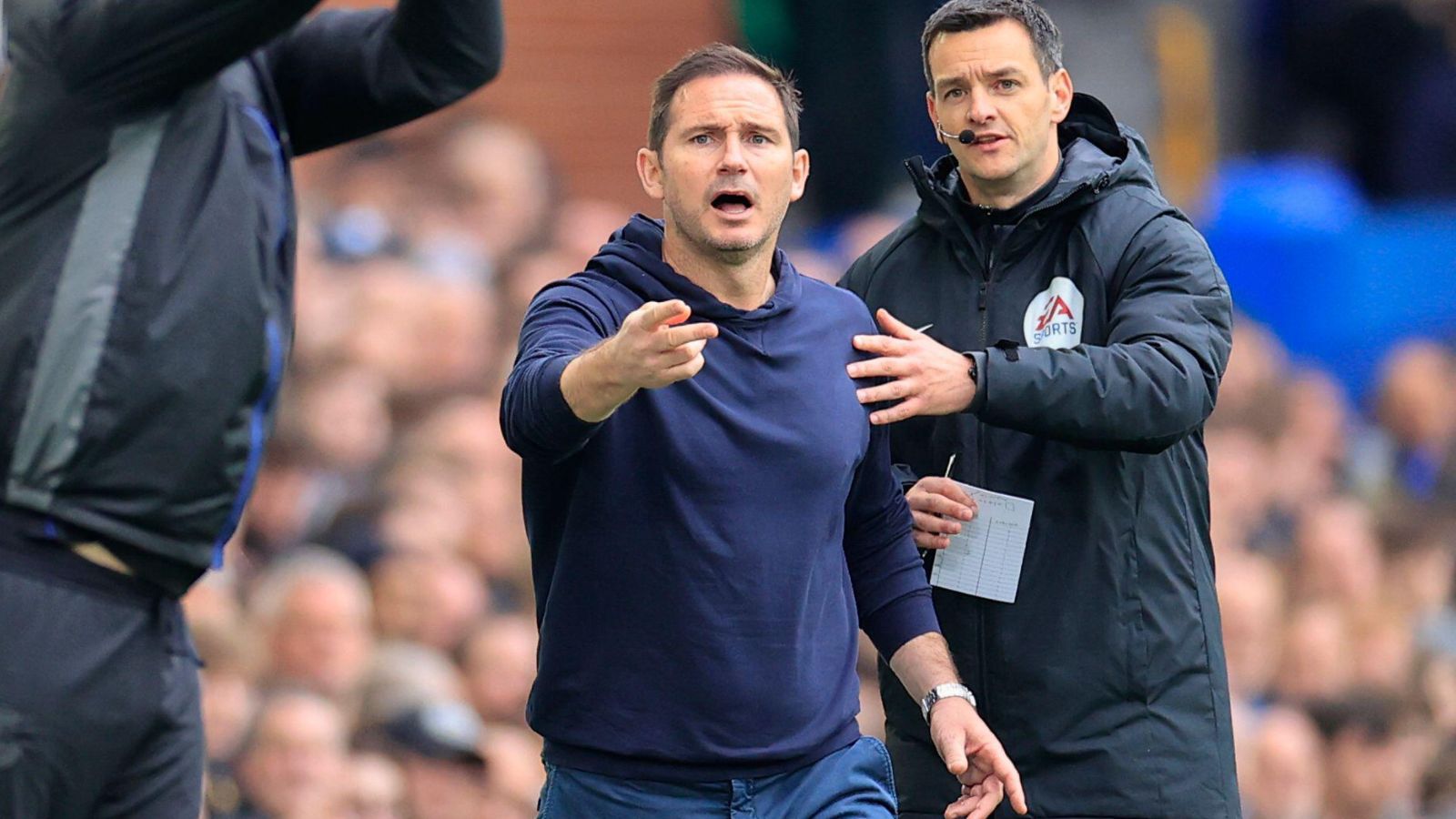 Frank Lampard has insisted his immediate priority is to fight for everyone at Everton Football Club after he landed a misconduct charge from the FA.

Lampard has been charged over comments he made about Stuart Attwell’s performance in the Merseyside derby last month. He is accused of implying bias and/or undermining the integrity of the match referee.

The former Chelsea boss felt his side should have been awarded a penalty when Anthony Gordon, who had previously been booked for the dive, was challenged by Joel Matip.

In his post-match press conference, the Toffees boss suggested that had the incident happened to a Liverpool player, the outcome would have been different.

“It’s an emotional game, isn’t it?” My first job is to protect Everton Football Club for the players, for the club itself and for the fans,” said Lampard, who has until Monday to respond to the FA charge.

“I can’t talk about it. I have to respond to the FA and at this point I can’t say more.

Ahead of Sunday’s trip to Leicester, where relegation-threatened Everton will be looking to win their first away league game since August, lampard played down any injury concerns regarding Richarlison.

“Yeah, Richy’s got a bit of a sore ankle from the one he twisted at Liverpool. It kind of has since then, but hopefully it’ll be okay,” the boss said. Everton of a striker who has scored four goals in his last five outings.

Lampard will have midfielder Andre Gomes back in the squad but not on loan Donny Van De Beek (groin).

Everton’s relegation fight could also be boosted by the return of defender Ben Godfrey, who was in danger of missing the end of the season with a hamstring injury suffered in the home game against Leicester on April 20.

“Ben Godfrey is out of form but hopes he will train with us midway through next week,” Lampard said.

Large purchases could suffer from the Fed’s interest rate hike