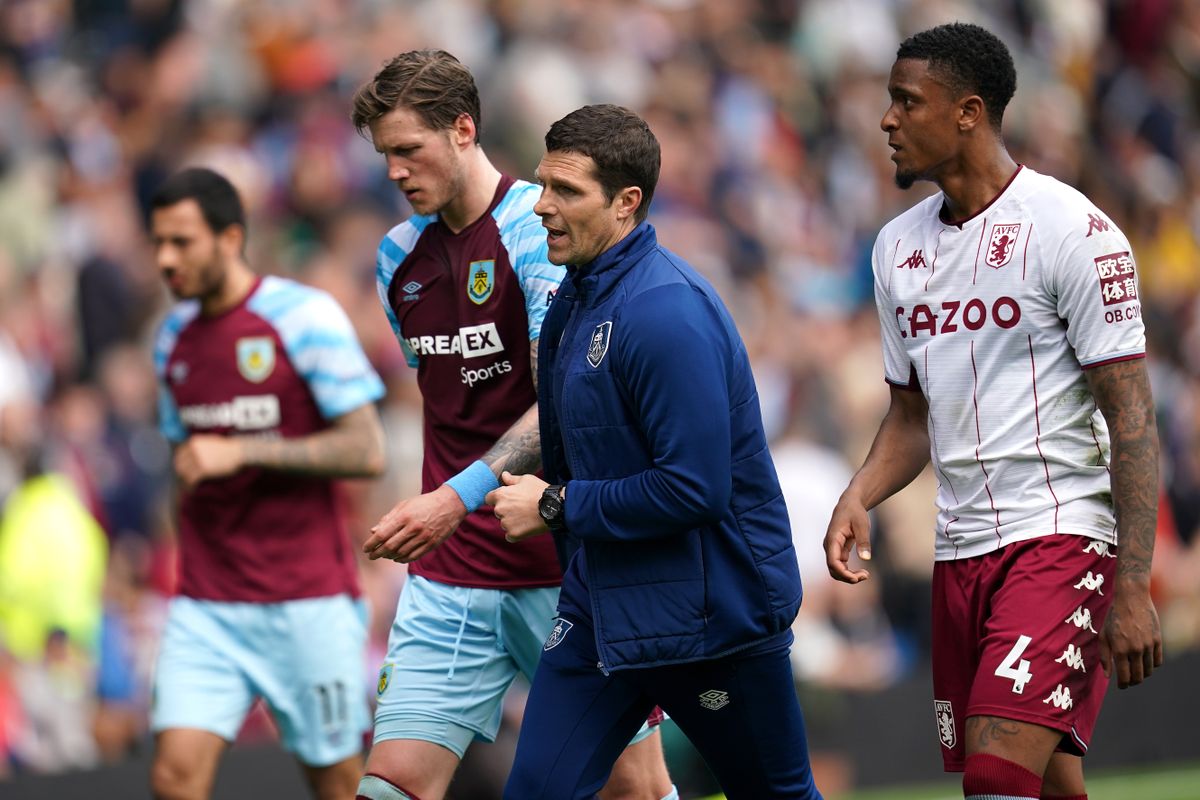 Burnley caretaker manager Mike Jackson has insisted nothing will change in his approach after the Clarets suffered their first defeat under his management to reignite relegation fears at Turf Moor.

Jackson had taken 10 points from a possible 12 to lift Burnley from the bottom three, but they were second best in a 3-1 loss to Aston Villa on Saturday as frustration and nerves returned to the terraces.

Ex-Claret Danny Ings fired Villa ahead early on and the result looked inevitable from the moment Emiliano Buendia doubled the lead just after the half-hour mark.

Ollie Watkins’ header early in the second half made it 3-0 before Maxwel Cornet pulled one back in stoppage time.

Now Jackson, who quit the Under-23s after Sean Dyche was sacked last month, must find a way to restore confidence ahead of tough away games at Tottenham and Villa – and hope they will still be in. the fight at the end of the season. at home to Newcastle on May 22.

“It’s part and parcel of it all, otherwise you’d win every game and it would be boring. I have a process and the group will have a process on how we move forward. It takes a bit of time.

“Just like you enjoy the night when you win, sometimes when you lose you suffer a bit at night and get ready to leave.

“It keeps you focused and in tune because you know what you need to do.”

Jackson expects to learn in the coming days the extent of the hamstring problem that forced James Tarkowski away shortly before Watkins netted Villa’s third goal – a potentially key injury with captain Ben Mee still absent.

In a week it has emerged Burnley owners must immediately repay a ‘significant’ proportion of a £65million loan taken out when they were bought out in December 2020 if they were relegated, nerves are on edge for the fans, but Jackson said it was different inside the dressing room.

“Has he been nervous at this stage of the season? You’re going to have pieces like that, it’s just human nature, they’re not going to suddenly become bulletproof.

“But they proved in the four games before they got through everything – they came from behind, they made up for it against West Ham, they held on to a lead and now they’ve lost a game. We’re focused on the next one. . »