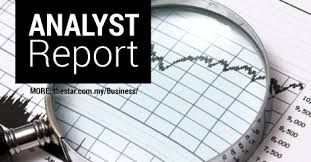 Minimum investor reaction expected from waiver of interest on the moratorium

KUALA LUMPUR: Despite the spotlight on the banking sector, there should be little impact on investor sentiment when the interest relief on the B50 loan moratorium kicks in.

While the agreement on the waiver of default interest is due to start today, it is unlikely to go as planned given the banks are still in talks with Bank Negara, RHB Investment Bank Research said.

“That said, the impact may still be the same, as banks are likely to backdate the moratorium. We would expect minimal investor reaction upon the announcement, as the impact was mostly taken into account, “he added.

As for the performance of the banking sector, bank lending declined in August as the impact of the foreclosure continued to ease, although RHB sees signs of improvement as the government gradually eases restrictions.

“The transportation and storage and wholesale and retail sectors also saw a 63% and 26% increase in the number of loan applications,” he said.

System loans in August declined 0.16% mo (mo), leading to a further slowdown in annualized loan growth in 8M21 to 2.3% yoy. Mortgages were the only major segment that increased, 0.4% mo, with auto loans declining another 0.9% mo.

SME financing edged down 0.2% month-on-month in July, bringing annualized growth in 7M21 down to just 0.7%. System deposits and GILs were mostly stable month over month.

RHB maintained its call for “overweighting” in banks, its main picks being Maybank, CIMB and AMMB.

Zee-Sony merger deal not in the best interests of small shareholders: Invesco