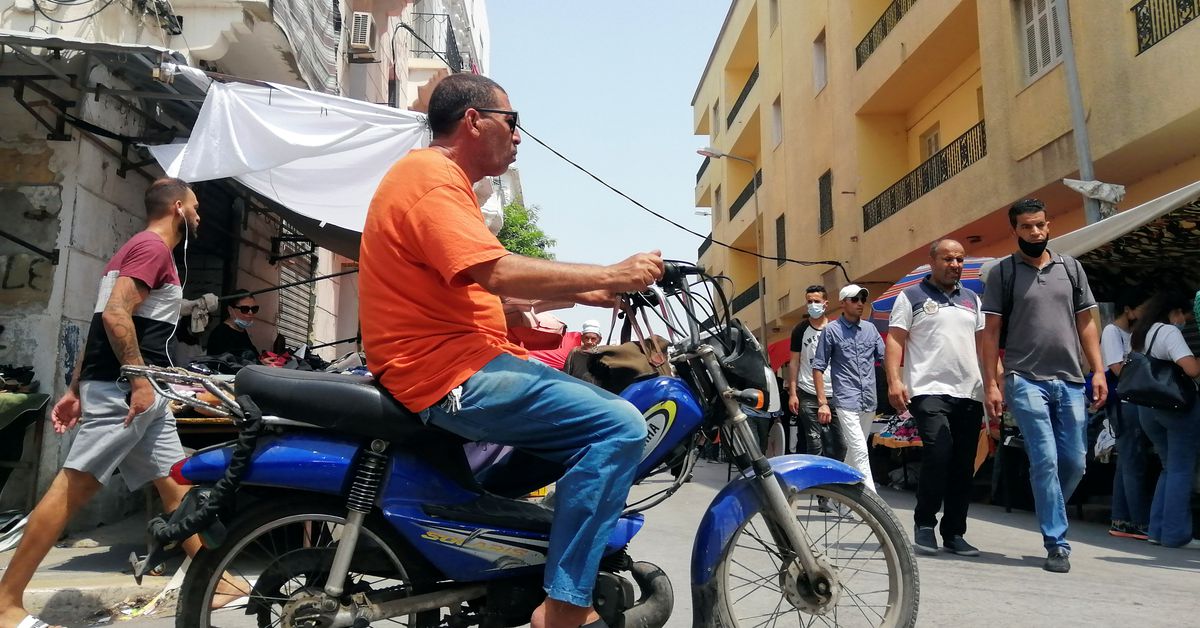 TUNIS, Aug. 17 (Reuters) – At the Sidi Bahri market in Tunis, shoppers welcomed the president’s attacks on corruption and the high prices since he took control of the government last month under measures that his enemies have called a coup d’etat.

“The citizen feels reassured and prices have come down in everything,” said Azza Belwaer, a 36-year-old medical equipment seller who shops in Sidi Bahri.

However, three weeks after Saied sacked the prime minister and froze parliament, he has yet to appoint a new government, define general economic policy, or say how he intends to finance the public deficit and debt repayment.

His intervention interrupted the much delayed talks with the International Monetary Fund (IMF) for a loan program that was to unlock additional economic aid and avoid a crisis in public finances.

Tunisia has paid off more than $ 1 billion in debt this summer from foreign exchange reserves, but must find around $ 5 billion more to fund its projected budget deficit and more loan repayments.

The economy shrank 8.2% last year while an 11.5% deficit brought public debt to 87% of gross domestic product according to the IMF. The powerful union and the foreign lenders have no choice but to resume the IMF process.

“We support negotiations with the IMF … we have no options,” said Mohamed Ali Boughdiri, deputy director of the UGTT union.

“Time is running out for the economic challenge,” said a Western diplomat, adding that the reforms needed to get an IMF loan would be important to get more aid.

Such reforms – including redirecting subsidies and reducing one of the world’s heaviest public sector payroll taxes – are unpopular and would come at a time when public moods are highly volatile.

Successive governments have failed to resolve the issues, often torn between the demands of foreign lenders and the UGTT.

As president, Saied has only been officially responsible for foreign affairs and defense. Before his election, he gave few clues about his economic views, although some of his main supporters were from the political left.

One option could be help from the Gulf states which saw his intervention as undermining the Muslim Brotherhood movement, which they see as the main regional enemy and which is close to the largest party in the now frozen parliament.

Saied boasted of contacts with “friendly countries” for help and received envoys from Saudi Arabia and the United Arab Emirates.

However, if this approach involved measures that undermine Tunisian democracy, it could alienate Western lenders.

Boughdiri said Saied had the opportunity to use “broad popular support” to propose urgent change, adding that the UGTT supported reform of state-owned enterprises and a review of subsidies.

He sees efforts to fight corruption, tax evasion and the informal economy as priorities, he said. Although the IMF has also called for efforts to reduce them, it considers it more urgent to tackle public wages and subsidies.

Whatever he does, Saied will now be held accountable for solving Tunisia’s chronic economic problems, which risks undermining the political transformation in which he seems most interested.

“Overall, these events have raised huge expectations. It will be very difficult for him to meet them. He will need the help of the friends of Tunisia and an inclusive approach,” the diplomat said.

Leicestershire take the lead on day one against Derbyshire