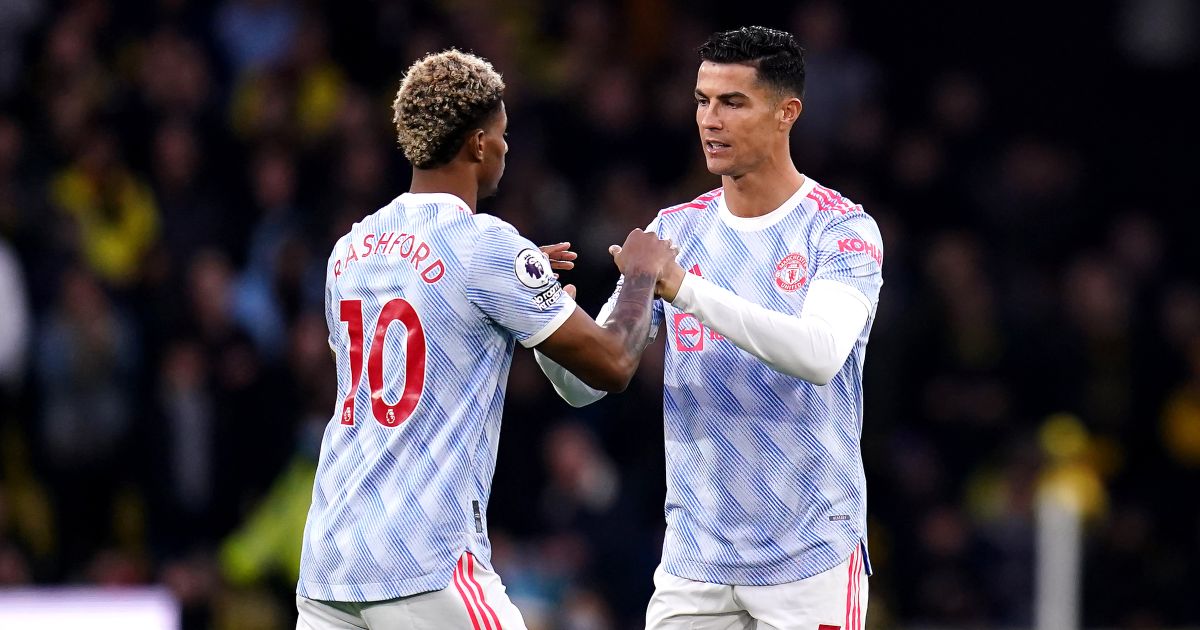 Ronaldo and Rashford are not in charge at Manchester United

Why is the media claiming there will be an ‘exodus of strikers’ when Cristiano Ronaldo and Marcus Rashford are under contract at Manchester United?

Exclusive R and R
We can only assume that the “OLD TRAFFORD EXCLUSIVE” trumpeted on the last page of The sun that Cristiano Ronaldo and Marcus Rashford could leave Manchester United is that only Neil Custis has put together the two widely available pieces of information; it is an exclusive confusion.

He tells us that “CRISTIANO RONALDO’s future at Manchester United is in serious doubt after missing Sunday’s derby”, but it’s not even the first time that Custis himself has told us this particular story because in January, he wrote that “CRISTIANO RONALDO is set to leave Manchester United in the summer if the club do not qualify for the Champions League”.

We are patiently awaiting details on which club will shoulder Ronaldo’s mammoth salary next season after the sh*t-show of his return to Manchester United.

But that’s not about The Sun, who gleefully state that ‘Missing Cris faces United exit’. Will they fire him? Pay his contract? Are these balls. The truth is he’s not ‘facing the United exit any more’ now than he did last week.

We are then told that “a frustrated Marcus Rashford is now open to leaving Old Trafford for the first time in his career”, a story which broke on Monday morning in various places including the Manchester Evening News.

Put the two together and it’s an ‘OLD TRAFFORD EXCLUSIVE’, apparently. How the hell do they get these scoops?

Do Ron, Ron, Ron
On the inside pages, Custis writes about Ronaldo’s farrago and concludes that it was quite a terrible decision to sign the global superstar. We agree.

“Ole Gunnar Solskjaer’s long-term planning had not taken this seismic signature into account.

“He knew he couldn’t let him go to City, where he could be on 20 goals now in a much superior team.”

“Yet, did he really need him, with all the attention and showbiz that ensues?”

Curiously, Custis didn’t ask that question when Ronaldo was signed and he wrote that ‘CRISTIANO RONALDO is the final piece of the puzzle. Now the pressure is on boss Ole Gunnar Solskjaer to win that Premier League title.

Then we were told Solskjaer was ‘preparing to put out probably Manchester United’s best side in over a decade against Newcastle’. As it was a decade in which Manchester United won the Premier League title, it was a nice statement. It was also absolute bullshit.

After the Newcastle game, the revelations about The Churchillian speech (of course) of Cristiano Ronaldo and all was well in the world because it was Ronaldo and Manchester United could now win the title.

He was then “the last piece of the puzzle” and now he is apparently the man who cost Ole Gunnar Solskjaer his job.

“It’s clearer now than ever that Solskjaer was making progress.

“Second place in Prem last season and in the Europa League final.”

A whole new team
The tabloids love a lot and The sun tell us ‘Manchester United’s 16-man future is up in the air, with the club facing a massive overhaul this summer’.

Indeed, the only one of those 16 players who started against Manchester City on Sunday is Paul Pogba. So when another piece promises to show us ‘How Man Utd could line up next season with a fresh looking XI after Cristiano Ronaldo’s exit with 16 players’ futures in doubt’, we’re amazed that in fact, United are not only going to lose 16 players but then sign Harry Kane, Christopher Nkunku, Manuel Akanji, Declan Rice and Kalvin Phillips.

Sounds like a lot of business for a Europa League club.

The team currently fifth in the Premier League must be in shock at this news.

Red movement
What’s amazing is that Harry Kane is still at Tottenham after deciding to leave last summer. It’s almost as if footballers aren’t entirely in control of their destiny once they’ve signed a contract. That fact certainly seems to have been lost in all the talk of ‘Manchester United facing a striker exodus’ in the Daily mail.

Chris Wheeler and Sami Mokbel combine to write that ‘Rashford’s future is increasingly uncertain as he approaches the final year of his contract, while Cristiano Ronaldo, Edinson Cavani and Anthony Martial also consider exits’ .

Rashford may be “nearing the final year of his contract”, but Wheeler himself told us two months ago – the last time Rashford made noise to leave Manchester United – that “United have the option to extend for another year.

So the ‘attacking exodus’ is effectively Cavani – who has started six Premier League games this season – leaving at the end of his contract, while the unwanted and on-loan Martial could also find a permanent employer, who would surely be welcomed by Uni.

As for Ronaldo, this paragraph is just extraordinary:

“The club would like to keep Ronaldo for the second year of his contract, but doubts are growing within the hierarchy at Old Trafford that he can be persuaded to stay – particularly if United are not in the League of Nations. champions.”

“The challenge for Ronaldo and his agent Jorge Mendes will be finding a top club willing to match his £500,000-a-week salary.”

How to Choose the Best Loan Company for Bad Credit