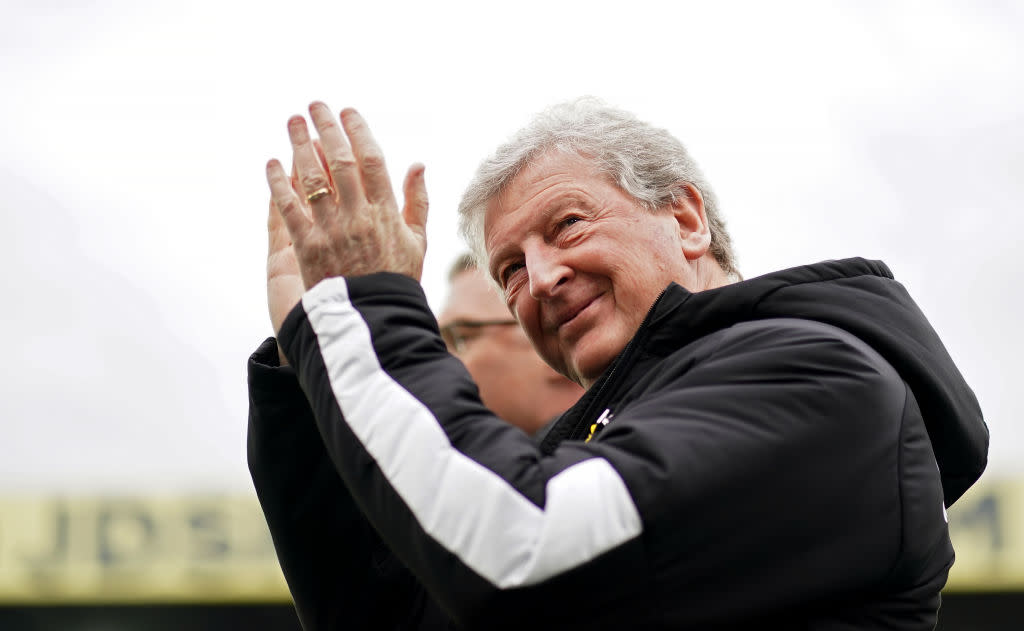 Roy Hodgson set to take over at Watford

No one really thought Roy Hodgson had retired, and now he’s back.

[ MORE: How to watch Premier League in USA ]

The veteran manager, who left Crystal Palace last summer as many believed it was the end of his long and varied managerial career, will replace Claudio Ranieri who was dismissed on Monday after just 13 Premier League games in charge.

Watford are sitting in the relegation zone but are just two points from safety and have two games in hand over 17th-placed Norwich City, to whom they lost 3-0 last Friday.

A veteran boss to save Watford?

According to various reports, including our UK partners at Sky Sports, Hodgson is set to be announced as Watford’s new manager shortly.

Hodgson will become Watford’s 15th permanent manager since the Pozzo family took over the club in 2012. That’s an average of almost two new managers per season. Remarkable.

This hire and fire approach has worked, for the most part, as Watford have spent six of the last eight seasons in the Premier League and the newly-promoted side still have a chance to stay this season.

Is it a good fit?

In theory, yes. Hodgson is a master at building tough teams to beat and Watford need to improve defensively.

Going forward, they have plenty of quality forwards in Ismaila Sarr, Emmanuel Dennis, Josh King and Cucho Hernandez but they just can’t give themselves a platform to win games. If Hodgson can work his defensive magic, Watford will be tough to break and dangerous during the break.

Hodgson will become the Premier League’s oldest manager and it will be his 17th different club as his incredible 46-year coaching career continues.

How to Get a Personal Loan With Bad Credit: Can You Get One and Should You?