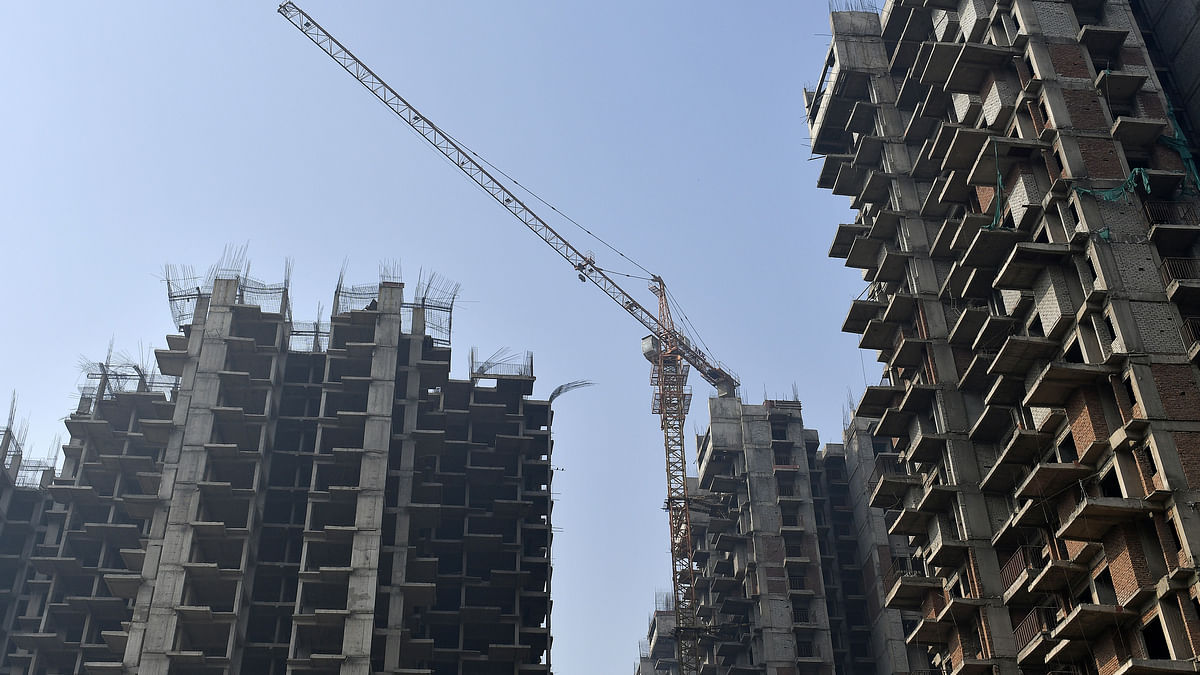 
New Delhi: The Supreme Court on Wednesday asked banks and financial institutions to release the amounts of sanctioned loans in favor of homebuyers who bought apartments in Amrapali housing projects.

A bench of two judges led by Judge Arun Mishra said the loans would be released despite their accounts being declared non-performing assets (NPAs). The ordinance brings relief to thousands of home buyers who were unable to make payment to the National Buildings Construction Corporation (NBCC) for the completion of their homes.

On another occasion, the court clarified that buyers would have to pay if they wanted to take possession of their apartments.

The court said the loans would be released at rates set by the Reserve Bank of India (RBI) and that its disbursement “could be based on the current interest rate” set by the central bank.

The bench also ordered the banks to carry out a long-term restructuring of the loans and to release them gradually.

“Given the facts and circumstances of the case, the projects being at a standstill for several years, the buyers have obtained loans but cannot benefit from the fruits of their investment”, declared the magistracy.

Lawyer ML Lahoty, who appeared for the home buyers in the case, welcomed the court order. â€œIt would go a long way to help organize funds for construction, as around Rs 3,000 crore is owed to homebuyers due to their unpaid installments. NBCC can start construction work when that money is with them, â€Lahoty told ThePrint.

The SC heard a series of petitions filed in October 2017 by hundreds of homebuyers, to whom Amrapali failed to deliver apartments on time. After two years of hearings, the court last July gave Amrapali a boost for abusing the trust of homebuyers.

Amrapali’s registration under the RERA real estate law was revoked, and it was also evicted from its main properties, with the court overturning the land leases.

The court also ordered the state-owned construction company NBCC to take over the unfinished projects. He is now overseeing the completion of unfinished apartments.

RBI instructions do not prevent banks from releasing loan

Wednesday’s SC directions came on a plea made by homebuyers by Lahoty. A demand has been made to order the banks to release their loans.

According to Lahoty, the loans were sanctioned as part of a construction-related plan. Until 2015, buyers paid their monthly IMEs on time.

Both the RBI and the judge-commissioner – appointed to determine the modalities of the construction of the apartments – were invited to give their opinion on the buyers’ request.

Senior lawyer R. Venkataramani – the receiver – felt that the RBI could be asked to order banks and financial institutions such as insurance companies and employers of establishments to pay all loan balances. home buyers with regular accounts.

He also believed that the RBI should be asked to keep its NPA circulars in abeyance. This was after the banks said they had reservations about funding NPA accounts.

For its part, the RBI told the court that its instructions did not preclude the release of loans from home buyers whose accounts are NPAs. It would be up to the banks and other financial institutions to release the loan.

The court noted in its order that homebuyers cannot pay bank dues until eternity and that it is in their best interest and that of the banks that housing projects be completed.

NBCC is not responsible for any legal action

At the request of the NBCC, the court sheltered the company from legal action. He recalled last year’s order that gave NBCC the task of completing unfinished projects.

“… the NBCC is immune from such actions, and we call on the courts, the Consumer Appeal Board and other authorities not to allow the implementation of the NBCC as a defendant and not to issue summons to NBCC as they perform work under the supervision of this Court. and are not responsible to any other court, tribunal or authority, â€read Wednesday’s court order.

The NBCC, the court said, is only accountable to the Supreme Court and cannot be dragged into litigation brought by existing homebuyers, former contractors, co-developers, landowners, banks, financial institutions or creditors.

India is all the more in need of free, fair, non-hyphenated and interrogative journalism as it is facing multiple crises.

But the news media are in a crisis of their own. There have been brutal layoffs and pay cuts. The best of journalism is shrinking, giving in to crass spectacle in prime time.

ThePrint has the best young reporters, columnists and editors working there. To maintain journalism of this quality, it takes smart, thoughtful people like you to pay the price. Whether you live in India or abroad, you can do it here.