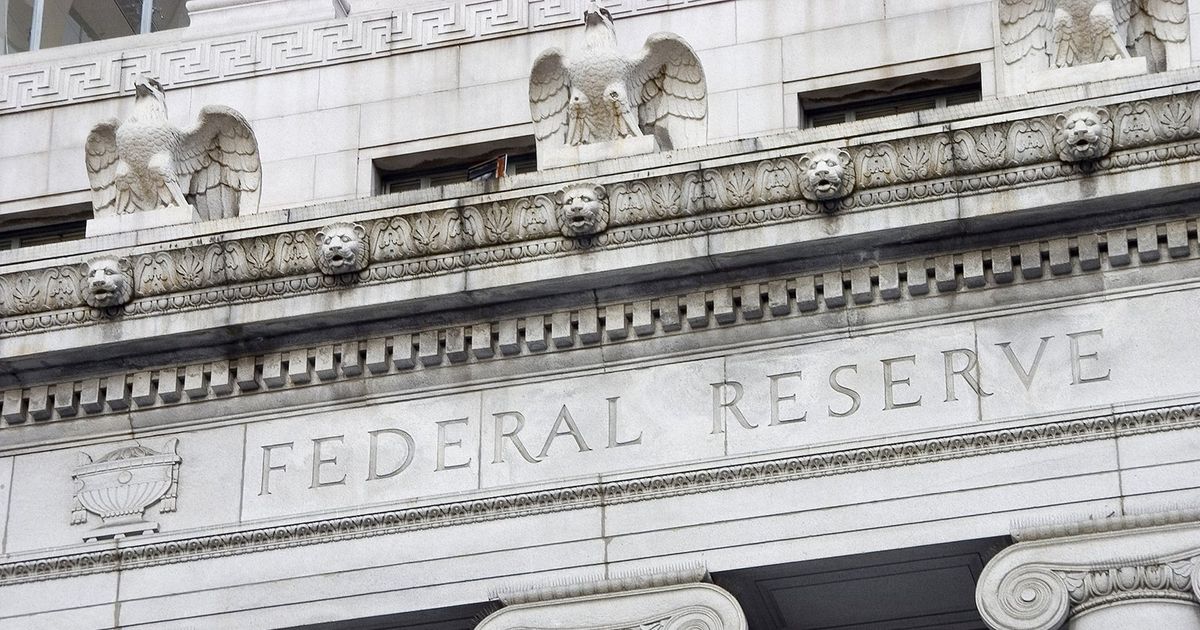 The Federal Reserve recently announced that it was raising interest rates by half a percentage point, bringing the federal funds rate to a target range of 0.75 to 1.00%. The move follows a 0.25% increase in March as the Fed continues to reduce liquidity in financial markets to help curb soaring inflation.

The central bank also announced that it was further reducing the stimulus to financial markets by letting its holdings of bonds decline over time. The Fed will work to let about $95 billion of bonds off its balance sheet each month, reducing liquidity by about $1 trillion a year.

The Fed’s move comes as inflation rages in the US economy at the highest annual rate in about 40 years, hitting 8.5% in March. As the Fed puts the brakes on an overheating economy, the main question for many market watchers is how quickly Federal Reserve Chairman Jerome Powell & Co. will continue to raise rates.

“The Federal Reserve is behind the inflation curve and has a lot of catching up to do,” said Greg McBride, CFA, chief financial analyst at Bankrate. “That means rate hikes in back-to-back meetings for the first time in 16 years, and for the first time in 22 years, a bigger hike of half a point.”

At around 3%, the 10-year Treasury note is now at its highest level since the end of 2018, as markets price in expectations of sustained inflation and rising rates. After some ups and downs in 2021, the benchmark bond has soared since December 2021 and especially since early March, when it was just 1.65%.

As the Fed begins what appears to be a longer period of rate hikes, here are the winners and losers from its latest decision.

“Mortgage rates have risen a full 2 ​​percentage points since the end of 2021, one of the largest and fastest increases in history,” McBride said. “Mortgage rates move well ahead of Fed action and the outlook for inflation and the economy will be the primary determinants of what we see with mortgage rates in the months ahead. Until we see some signs that inflation has peaked, the risk is definitely on the upside.

Skyrocketing rates – following the rapid rise in house prices over the past two years – have created a double whammy for potential buyers. House prices are more expensive and financing is more expensive, leading to a slowdown in the housing market.

Potential buyers are therefore less well off by the rise in rates. Here’s how to find the lowest mortgage rates today.

The cost of a home equity line of credit, or HELOC, will increase because HELOCs adjust relatively quickly to changes in the federal funds rate. HELOCs are usually tied to the prime rate, the interest rate that banks charge their best customers.

Those with outstanding balances on their HELOC will see rates increase, although interest charges may continue to be historically low. A low rate is also beneficial for those looking to take out a HELOC, and it can be a good time to shop around to find the best rate.

But with rates rising, even a little, and the expectation that they will rise further through the year, those with outstanding HELOC balances should expect to see their payments continue to rise in the near term. (Here are the pros and cons of a HELOC.)

Many variable rate credit cards change the rate they charge customers based on the prime rate, which is closely tied to the federal funds rate. The Fed’s decision means that interest on variable rate cards will increase now.

“Credit card rates will rise at the pace of the Federal Reserve and will often follow within one or two statement cycles,” McBride said. “Pay off credit card debt now because it’s only going to get more expensive and you don’t want that debt hanging over your head if the economy goes into a recession.”

If you have an outstanding balance on your cards, you will incur higher costs. With rates expected to rise for some time, this could also be a welcome opportunity to shop around for a new credit card with a more competitive rate.

Low rates on credit cards are largely not a problem if you don’t manage a balance.

Rising interest rates mean banks will offer increasing returns on their savings and money market accounts, but will likely adjust their yields at a measured pace.

Account holders who have recently locked in CD rates will retain those yields for the duration of the CD, unless they are willing to pay a penalty to break it.

Those with savings accounts can expect a rate hike, but this is a low base as most banks quickly cut rates to near zero following the government cuts. Fed emergency in March 2020.

“Certificate of deposit yields have started to rise and we’ll see the same in savings yields, albeit with a bit of a lag,” McBride said. “The outlook for next year is much better than what savers have endured over the past three years, when rates fell and then inflation took off.”

“It will take some time, but as the rate hikes continue, returns to savers will rise and inflation will hopefully come down,” he said.

Savers looking to maximize their interest income should look to online banks, where rates are generally much better than those offered by traditional banks.

A huge boon for the stock market has been the Fed’s willingness to keep rates near zero for an extended period. Low rates have been good for equities, making them appear to be a more attractive investment relative to bond rates and fixed income investments such as CDs. But that is changing.

In recent months, investors have priced in the potential for higher rates, with the S&P 500 starting 2022 in a deep recession.

“The market rose without hesitation while the Federal Reserve was injecting stimulus into the economy, but now that it is removing that stimulus, market volatility has returned,” McBride said. “High-octane growth stocks that have been the main beneficiaries of low interest rates have been particularly sensitive, with investors now wondering what value to place on these stocks in a higher interest rate environment. “

Cryptocurrencies have also been feeling the brunt of this since November, when the Fed more clearly telegraphed its intentions to reduce liquidity in the financial system. Bitcoin, Ethereum and other major cryptos are well off their 52-week highs and have shown a solid downtrend over the past few months as they price in stimulus cuts and the potential for lower rates. higher interest.

The Fed’s reduction in its own bond portfolio should further reduce support for stocks and crypto.

The US federal government

With the national debt over $30 trillion, rising rates will increase costs for the federal government as it refinances debt and borrows new money. Of course, the government has benefited for decades from a secular decline in interest rates. Although rates may rise cyclically during an economic boom, they steadily fall over the long term.

For now, interest rates on debt remain at historically attractive levels, with 10- and 30-year Treasury bills well below inflation. As long as inflation stays above interest rates, the government slowly profits from inflation, paying off past debts with today’s less valuable dollars. It’s an attractive prospect for the government, but not for those buying its debt.

At the end of the line

Inflation has been high for much of the past year, and the Fed is raising interest rates to combat it. But rates remain low by historical standards, at least for now, so it makes sense to think about how to take advantage of them, for example, by being more discriminating when it comes to buying rates on your savings accounts or CDs.