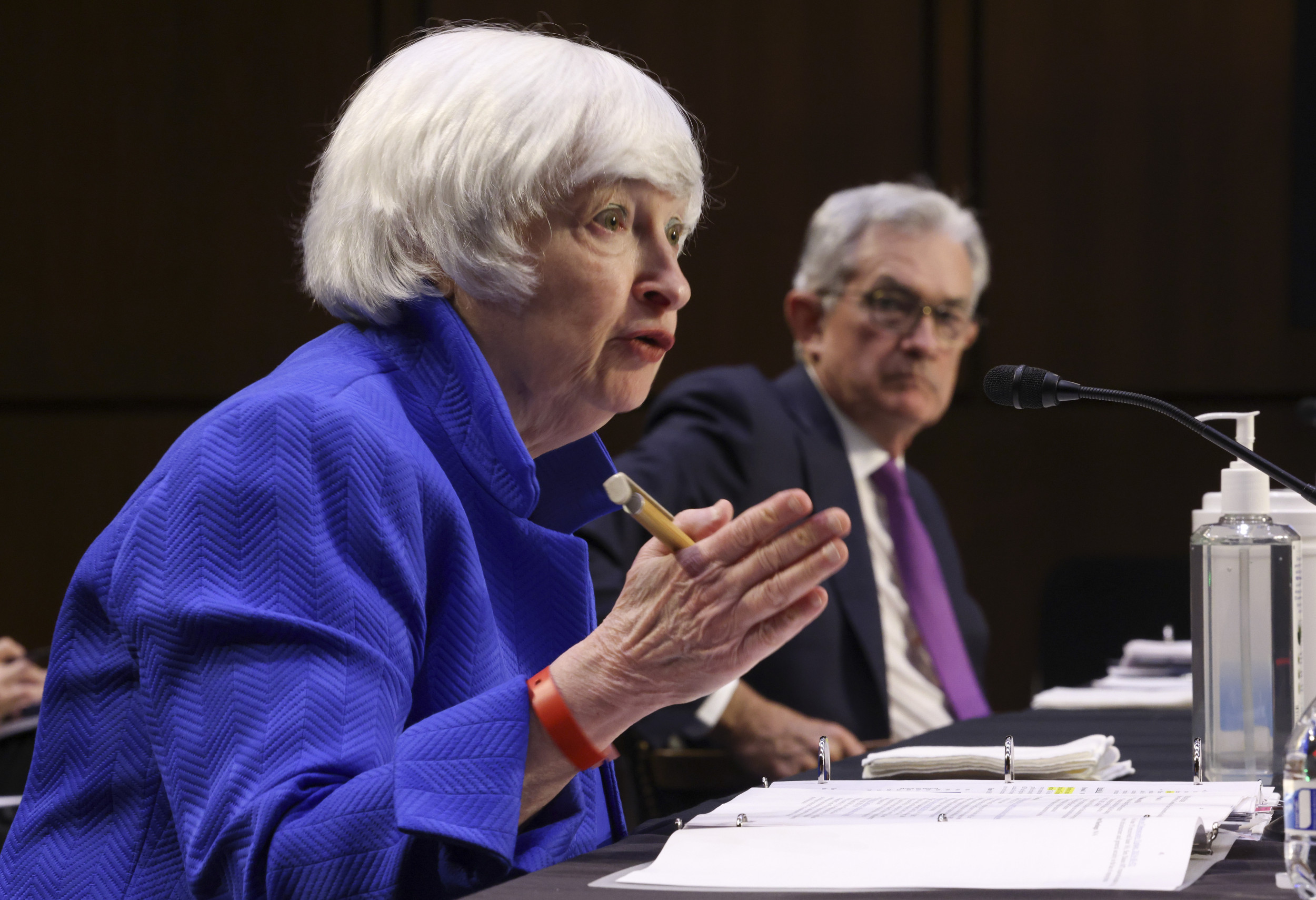 Treasury Secretary Janet Yellen warned on Tuesday that if the debt ceiling is not raised by October 18, the United States will default on its debt and trigger an interest rate hike and an economic recession .

In addition to a recession, Yellen added that not raising the debt ceiling would likely increase interest rates for U.S. citizens and the government’s own interest payments on the national debt.

Yellen testified before the Senate Banking Committee in a hearing to brief Congress on the impact of the broad financial support programs the government adopted after the viral pandemic crippled the economy 18 months ago.

Federal Reserve Chairman Jerome Powell, who also addressed the committee, warned that it was “essential” to raise the debt ceiling and that the consequences of not doing so “could be severe” .

The debt limit caps the amount of money the government can borrow and must be increased after Congressional votes to spend enough money to exceed the debt. The limit has been raised or suspended almost 80 times since 1960. It has been suspended three times under the Trump administration.

In a separate letter Yellen sent to congressional leaders on Tuesday, she reinforced her claim that a prolonged battle to raise the limit could put the economy at risk.

Senate Republicans on the banking committee argued Democrats could use their House and Senate majority to raise the debt limit themselves, using special Senate procedures to avoid obstruction.

“You just want Republican imprints on the Democrats’ efforts to tax, spend and regulate the United States in Europe,” said Senator John Kennedy, a Republican from Louisiana.

Separately, Senator Elizabeth Warren, a Democrat from Massachusetts, said she would oppose a second four-year term for Powell as Fed chairman if President Joe Biden offered it to her because, she said, Powell acted to weaken the finance regulations that were enacted after the 2008 financial crisis.

â€œTime and time again you have taken action to make our banking system less secure,â€ said Warren. “And that makes you a dangerous man to run the Fed, and that’s why I will oppose your re-appointment.”

Powell’s current term ends in February. Some progressive activists have pushed the Biden administration to replace Powell, because of his track record on financial deregulation and what they see as his insufficient engagement on issues such as climate change in the Fed’s regulatory policies.

Powell was criticized Tuesday by some Republicans on the committee for the high and rising costs of gasoline, food and other goods and services. Annual inflation, according to the Fed’s preferred indicator, hit 4.2% in July, the highest in three decades.

Pennsylvania Republican Senator Pat Toomey noted that inflation extends beyond categories that have been shattered by the pandemic, such as used cars, and said it was not only of a temporary spike as suggested by Powell and some other Fed officials.

â€œWe have to recognize that this is not going the way the Fed hoped,â€ Toomey said.

Powell agreed that inflationary pressures have intensified as supply chain disruptions have persisted and, in some cases, have worsened. But he argued that high inflation is still mainly due to a limited number of factors that have been made worse by the pandemic, such as hotel rooms, rental cars and airline tickets.