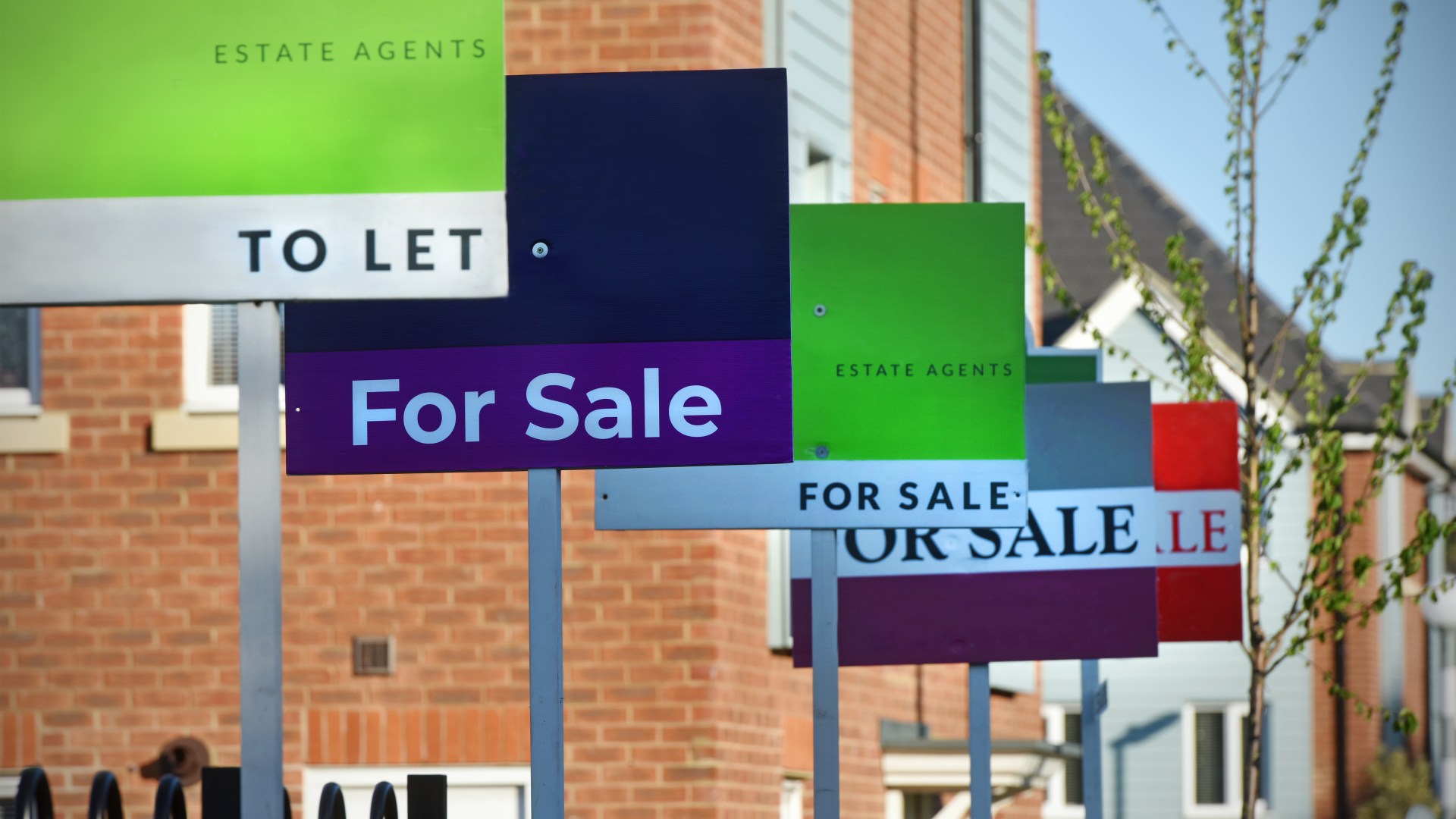 Borrowers in difficulty are urged not to take alternative mortgage products without checking all the details – or risk losing their home.

The Financial Ombudsman Service (FOS) has reported an increase in complaints about second mortgages.

This is a type of loan that you secure on your property, in addition to your standard mortgage.

It usually has a higher interest rate than a typical mortgage – although it can be as low as 3.5% – but the FOS said it has seen instances of second mortgages with rates as high as at 35%.

That compares to an average rate of 3.89% on a standard five-year fixed mortgage, according to Moneyfacts.

The main reasons you would take out a second mortgage are if you want to borrow more but your current mortgage lender won’t lend you an additional loan, or if you have other unsecured debt that you want to consolidate.

But there are fears some struggling homeowners are taking on debt they can’t afford – and borrowers risk losing their homes as a result.

The FOS has warned that most borrowers will only opt for a second mortgage if they are desperate and struggling to repay other debts.

He said: “But concerns arise about the initial advice or loan decision when it is clear that in the long term the loan is not viable.

“Often the debts that were consolidated were unsecured, but now they are secured on the property, which presents a real risk of the borrower losing their home.”

Trade body The Finance & Leasing Association (FLA) said it saw a 43% increase in second mortgage activity in the year to May 2022 (although still below pre-levels). the Covid pandemic).

But at the same time, the FOS received nearly 700 new complaints about these products last year.

Some 31% of complaints were confirmed by the Ombudsman, ie he ruled in favor of the consumer.

A number of them were related to affordability and financial hardship, raising concerns among some experts about possible mis-selling.

The FOS said: “We have seen more examples of consumer vulnerability, indebtedness and late payment for a product they could never have afforded, with some loans carrying an interest rate of 35 %.”

Ray Boulger of mortgage broker John Charcol said: ‘Anyone charged 35% is either ripped off or has a very bad credit history – that’s an extreme interest rate.

“People need to have common sense and seek advice from an independent broker before accepting a second mortgage.

“Repossession of your home is a risk to consider.”

A couple, Steve and Laura (whose names have been changed), took out a £10,000 second mortgage to clear some unsecured debt, mortgage arrears and to fund home repairs.

They quickly struggled to meet repayments of the loan and said they felt it had been unaffordable from the start and that proper checks had not been carried out by the lender.

The lender had not assessed his property or checked his expenses, for example.

Steve said he thought the lender should have spotted their bad credit, existing debts and arrears, and that there were gambling payments on his bank statements.

The FOS agreed that sufficient checks had not been carried out prior to loan approval.

He said: ‘Through our investigation we learned that Steve and Laura had over £26,000 in unsecured loans and the new loan added to that somehow with its interest rate and its high costs.

“They quickly fell behind, which we think would have been to be expected had sufficient checks been made.”

The lender was instructed to remove all interest and fees that had previously been applied to the loan and not to charge interest in the future. He was also asked to remove any negative loan information from Steve and Laura’s credit report.

The FOS said: ‘We have been able to help in several cases, where tens of thousands of pounds of loans have been written off, or where the lender has given a much more suitable forbearance, which has had a positive impact for consumers. .”

According to the FOS, those who take out a second mortgage tend to be more financially vulnerable than others.

He said: “Second lien loans sit behind the first mortgage and are often taken out to consolidate other debts.

This means that, rather than helping people get out of debt, loans can have the opposite effect of making people worse off as high interest charges pile up.

Second mortgages are regulated by the Financial Conduct Authority, so lenders must carry out affordability checks before granting you a loan.

But their lending criteria may not be as strict as with a standard mortgage, as it is a different type of product.

John Charcol’s Boulger said: “Ask the lender what proportion of their complaints to the ombudsman are upheld – they should be able to tell you.

“And if it’s over 50%, that suggests to me that the company isn’t treating customers very fairly.”

Fiona Hoyle, Director of the FLA, said: “As always, customers who are concerned about meeting payments should speak to their lender as soon as possible to find a resolution.”

What to do if you are struggling with debt

David Hollingworth, of mortgage broker London & Country, said an alternative is to talk to your current mortgage provider about the possibility of borrowing more: “If you’re not tied to a mortgage agreement, you can shop around and increase your borrowings so you have everything on one loan. rate with the same lender.

“If you’re still in a transaction period, you can always go to the existing lender and see what other options they have up front – usually this will still be cheaper than a second mortgage.”

If you think you were wrongly granted an unaffordable loan, the first step is to talk to the lender.

Explain the problem and how you would like the company to fix it. Companies are required to give you a definitive answer within a maximum of eight weeks.

If you are still not satisfied, you can contact the ombudsman for help.

You must contact us within six months of receiving the final response to your complaint.

The ombudsman will need some basic information such as your name and address, an explanation of the problem and how you want it resolved, and details such as the policy number or account number to which the complaint relates.

He will contact the company to get his opinion on the situation and then decide on an outcome.

If you’re worried about paying bills, falling behind, or getting into debt, there are plenty of organizations where you can seek free advice, including:

Millennials: Get rid of your assets and take charge of your financial life