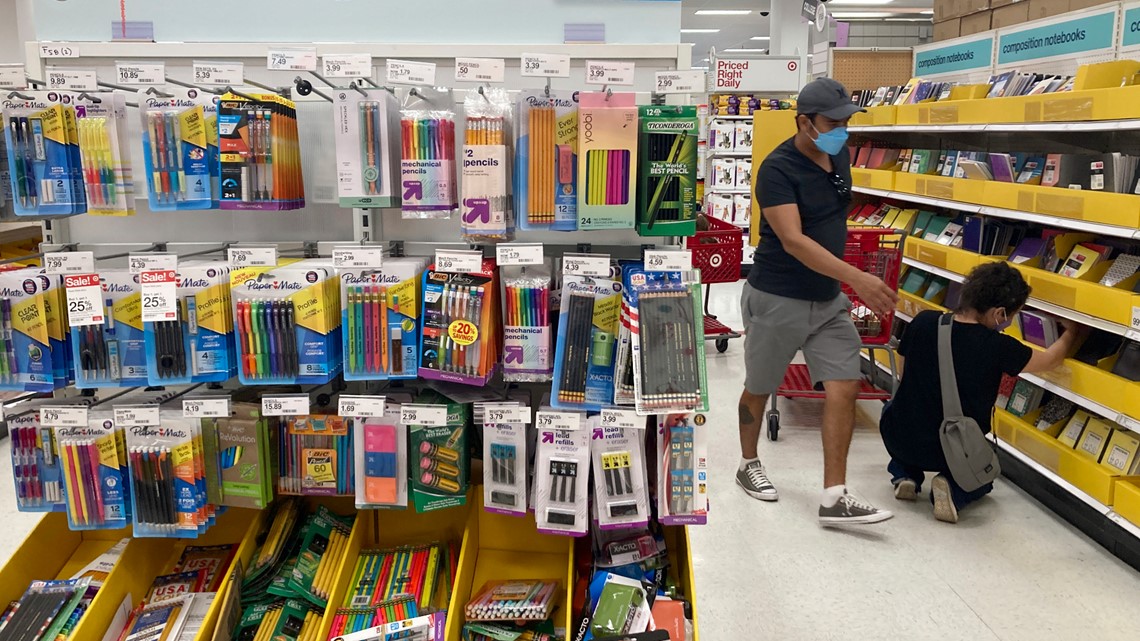 Regular rate increases make it expensive to borrow for homes, cars and other purchases.

As the Federal Reserve has rapidly raised interest rates, many economists say they fear a recession is inevitable in the coming months — and with it, job losses that could hurt already-poor households. more affected by inflation.

RELATED: Fed steps up fight against inflation with another big rate hike

On Wednesday, the Federal Reserve sharply raised its short-term policy rate by three-quarters of a point for a third consecutive time, even as its previous rate hikes are being felt by households at all income levels.

RELATED: Yes, Tax Deadline for People Who Filed Extensions Is Coming in October

The Fed’s latest decision raised its benchmark rate to a range of 3% to 3.25%, the highest level in 14 years. Its steady rate increases have already made it increasingly expensive for consumers and businesses to borrow – for homes, automobiles and other purchases. And more hikes are almost sure to come. Fed officials are expected to signal on Wednesday that their benchmark rate could hit 4.5% early next year.

If one of the definitions of inflation is “too much money for too few goods”, then by making it more expensive to borrow money, the Fed hopes to reduce the amount of money in circulation, which will eventually by lowering prices.

WHICH CONSUMERS ARE MOST CONCERNED?

Anyone who borrows money to make a big purchase, like a house, car or major appliance, will take a hit, said Moody’s Analytics analyst Scott Hoyt.

“The new rate increases your monthly payments and costs quite dramatically,” he said. “It also affects consumers who have a lot of credit card debt – which will hit right away.”

That said, Hoyt noted that household debt payments, as a proportion of income, remain relatively low, although they have been increasing of late. So even if borrowing rates rise steadily, many households may not immediately feel much more indebted.

“I’m not sure interest rates are a priority for most consumers right now,” Hoyt said. “They seem more concerned about groceries and what’s happening at the gas pump. Pricing can be a difficult thing for consumers to understand.”

HOW WILL THIS AFFECT CREDIT CARD RATES?

Even before the Fed’s decision on Wednesday, credit card lending rates hit their highest level since 1996, according to Bankrate.com, and those will likely continue to rise.

And with inflation raging, there are signs that Americans are increasingly relying on credit cards to keep spending down. Total credit card balances topped $900 billion, according to the Federal Reserve, a record high, though that amount isn’t adjusted for inflation.

John Leer, chief economist at Morning Consult, a polling firm, said his poll suggests more Americans are spending the savings they’ve accumulated during the pandemic and using credit instead. Ultimately, the rise in interest rates could make it more difficult for these households to repay their debts.

Those who don’t qualify for low-rate credit cards due to low credit scores are already paying much higher interest on their balances, and they will continue to do so.

As rates have risen, zero percent loans marketed as “buy now, pay later” have also become popular with consumers. Yet longer-term loans of more than four installments offered by these companies are subject to the same increased borrowing rates as credit cards.

For people with home equity lines of credit or other variable-interest debt, rates will rise by roughly the same amount as the Fed hike, usually within one or two billing cycles. That’s because those rates are based in part on the banks’ prime rate, which tracks the Fed’s rate.

WHAT IF I WANT TO BUY A CAR?

Auto loans are at their highest level since 2012, according to Bankrate.com’s Greg McBride. Rates on new auto loans are expected to rise almost as much as the Fed’s rate hike. That could drive some low-income buyers out of the new-vehicle market, said Jessica Caldwell, executive director at Edmunds.com.

Caldwell added that not all of the increase is passed on to consumers; some automakers subsidize fares to attract buyers. Bankrate.com reports that a 60-month new vehicle loan averaged just over 5% last week, down from 3.86% in January. A 48-month used vehicle loan was 5.6%, down from 4.4% in January.

Many low-income buyers have already been shut out of the new-vehicle market, according to Caldwell. Automakers have been able to get the best price for their vehicles because demand is high and supply is low. For more than a year, the industry has grappled with a shortage of computer chips that is slowing down factories around the world.

HOW ARE SAVERS AFFECTED?

Rising yields on high-yield savings accounts and certificates of deposit (CDs) have put them at levels not seen since 2009, meaning households may want to boost their savings where possible. You can also now earn more on bonds and other fixed income investments.

Although savings accounts, CDs, and money market accounts generally do not follow Fed changes, online banks and others that offer high-yield savings accounts may be exceptions. These institutions generally compete aggressively to attract depositors. (The catch: they sometimes require very high deposits.)

In general, banks tend to take advantage of a higher rate environment to increase their profits by charging higher rates to borrowers, without necessarily offering better rates to savers.

WILL THIS AFFECT RENTS? HOME PROPERTY?

Last week, the average fixed mortgage rate jumped above 6%, its highest level in 14 years, meaning home loan rates are about twice as expensive as they were a year ago.

Asking rents were up 11% from a year ago, said Daryl Fairweather, an economist at brokerage Redfin. But price growth has slowed and some tenants are moving to more affordable areas.

WILL IT BE EASIER TO FIND A HOUSE IF I’M STILL LOOKING TO BUY?

If you’re financially able to make a home purchase, you’ll likely have more options than at any time in the past year. Sales of new and existing homes have been falling steadily for months.

HOW DID RATE HIKES INFLUENCE THE CRYPTO?

Cryptocurrencies like bitcoin have lost value since the Fed started raising rates. The same is true for many previously popular tech stocks. Bitcoin plunged from a high of around $68,000 to below $20,000.

Higher rates mean that safe assets like Treasuries have become more attractive to investors as their yields have risen. This makes risky assets like tech stocks and cryptocurrencies less attractive, in turn.

WHAT CAUSES THE RATE INCREASES?

The short answer: inflation. Over the past year, inflation has reached a painful 8.3%. So-called core prices, which exclude food and energy, also rose faster than expected.

Fed Chairman Jerome Powell warned last month that “our responsibility to ensure price stability is unconditional” – a remark widely interpreted to mean that the Fed will fight inflation with rate hikes even if it does. requires heavy job losses or a recession.

The goal is to slow consumer spending, thereby reducing demand for homes, cars, and other goods and services, which will eventually cool the economy and lower prices.

Powell acknowledged that an aggressive increase in interest rates “would bring pain.”

WHAT ABOUT MY JOB?

Some economists argue that widespread layoffs will be needed to slow rising prices. One reason is that a tight labor market fuels wage growth and higher inflation. In August, the economy gained 315,000 jobs. There are about two advertised job vacancies for every unemployed person.

WILL THIS AFFECT STUDENT LOANS?

Borrowers taking out new private student loans should be prepared to pay more as rates rise. The current federal loan range is between about 5% and 7.5%.

That said, payments on federal student loans are suspended without interest until Dec. 31 as part of an emergency measure put in place at the start of the pandemic. President Joe Biden also announced loan forgiveness, of up to $10,000 for most borrowers and up to $20,000 for Pell Grant recipients.

IS THERE ANY CHANCE THE RATE HIKES ARE REVERSED?

Stock prices rose in August on hopes the Fed would reverse course. But it looks increasingly unlikely that rates will fall anytime soon. Economists expect Fed officials to expect the key rate to hit 4% by the end of this year. They are also likely to report further increases in 2023, even up to 4.5%.

Will there be a recession?

Short-term rates at these levels will make a recession more likely by increasing the cost of mortgages, auto loans and business loans. While the Fed hopes that rising borrowing costs will slow growth by cooling the booming labor market and capping wage growth, the risk is that it will weaken the economy, triggering a recession that would lead to major job losses.